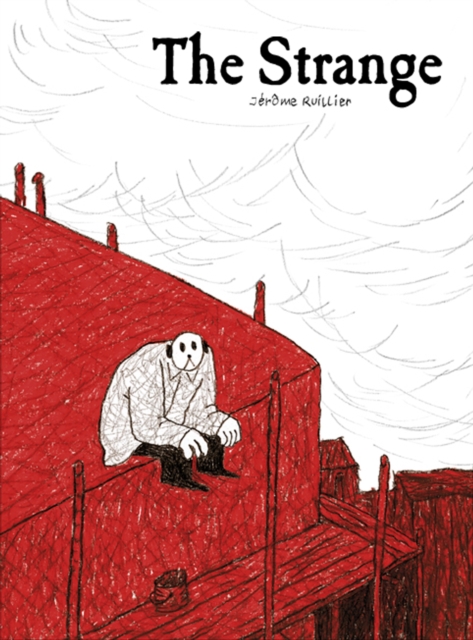 The Strange follows an unnamed, undocumented immigrant who tries to forge a new life in a Western country where he doesn t speak the language.

The story is deftly told through myriad viewpoints, as each narrator recounts a situation in which they crossed paths with the newly arrived foreigner.

Many of the people he meets are suspicious of his unfamiliar background, or of the unusual language they do not understand.

By employing this third-person narrative structure, Jerome Ruillier masterfully portrays the complex plight of immigrants and the vulnerability of being undocumented.

The Strange shows one person s struggle to adapt while dealing with the often brutal and unforgiving attitudes of the employers, neighbors, and strangers who populate this new land. Ruillier employs a bold visual approach of colored pencil drawings complemented by a stark, limited palette of red, orange, and green backgrounds.

Its beautiful simplicity represents the almost childlike hope and promise that is often associated with new beginnings.

But as he implicitly suggests, it s a promise that can shatter at a moment s notice when the threat of being deported is a daily and terrifying reality.