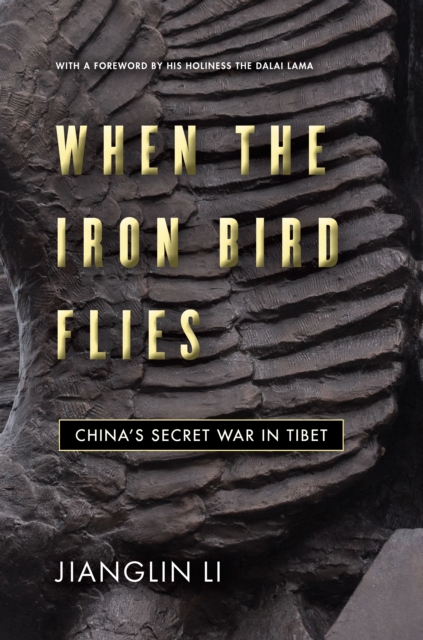 An untold story that reshapes our understanding of Chinese and Tibetan historyFrom 1956 to 1962, devastating military conflicts took place in China's southwestern and northwestern regions.

Official record at the time scarcely made mention of the campaign, and in the years since only lukewarm acknowledgment of the violence has surfaced.

When the Iron Bird Flies, by Jianglin Li, breaks this decades long silence to reveal for the first time a comprehensive and explosive picture of the six years that would prove definitive in modern Tibetan and Chinese history. The CCP referred to the campaign as "suppressing the Tibetan rebellion." It would lead to the 14th Dalai Lama's exile in India, as well as the Tibetan diaspora in 1959, though the battles lasted three additional years after these events.

This book offers a portrait of chaos, deception, heroism, and massive loss.

Beyond the significant death toll across the Tibetan regions, the war also destroyed most Tibetan monasteries in a concerted effort to eradicate local religion and scholarship. Despite being considered a military success, to this day, the operations in the agricultural regions remain unknown.

As large numbers of Tibetans have self-immolated in recent years to protest Chinese occupation, Li shows that the largest number of cases occurred in the sites most heavily affected by this hidden war.

She argues persuasively that the events described in this book will shed more light on our current moment, and will help us understand the unrelenting struggle of the Tibetan people for their freedom.