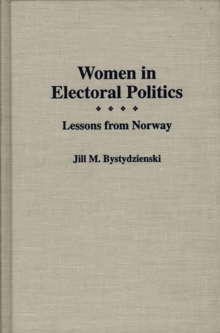 Women play a more visible and prominent role in politics and government in contemporary Norway than anywhere else in the world.

They hold close to 50 percent of the ruling cabinet positions; are leaders of the three largest parties; constitute close to 40 percent of those who fill public corporate boards, councils, and committees; hold 40 percent of parliamentary and almost 30 percent of local council seats.

Upon closer examination, the Norwegian case reveals patterns of gender inequality similar to those found in the United States and other Western countries.

The book focuses on what it would mean for women to attain full political equality with men in Norway and in general.