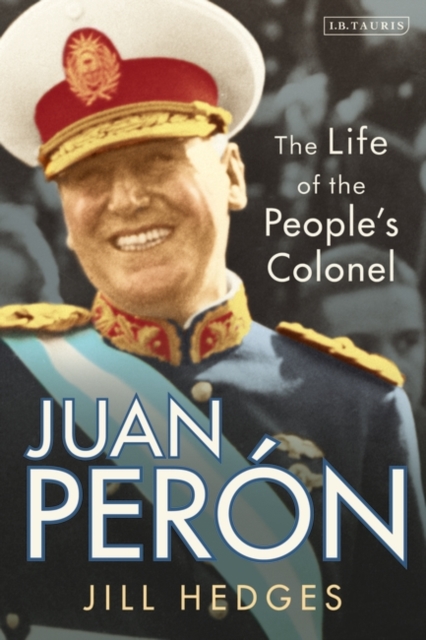 Juan Peron : The Life of the People's Colonel Hardback

Within Argentina, Juan Domingo Peron continues to be the subject of exaggerated and diametrically opposed views.

A dictator, a great leader, the hero of the working classes and Argentina's "first worker"; a weak and spineless man dependent on his strongerwilled wife; a Latin American visionary; a traitor, responsible for dragging Argentina into a modern, socially just 20th century society or, conversely, destroying for all time a prosperous nation and fomenting class war and unreasonable aspirations among his client base. Outside Argentina, Peron remains overshadowed by his second wife, Evita.

The life of this fascinating and unusual man, whose charisma, political influence and controversial nature continue to generate interest, remains somewhat of a mystery to the rest of the world.

Peron remains a key figure in Argentine politics, still able to occupy so much of the political spectrum as to constrain the development of viable alternatives.

Jill Hedges explores the life and personality of Peron and asks why he remains a political icon despite the 'negatives' associated with his extreme personalism.