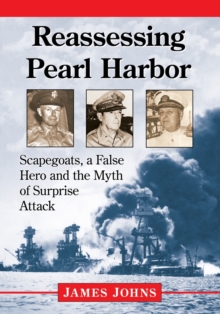 Army's Hawaiian Department, were accused of dereliction of duty and relieved of their commands.

Hours after the attack, General Douglas MacArthur, in command of the Philippines, suffered a similar defeat at the hands of the Japanese and was awarded the Medal of Honor. This book re-examines the circumstances surrounding Pearl Harbor to answer the questions: were Kimmel and Short incompetent officers or convenient scapegoats; and was the attack really the surprise the Roosevelt administration led Americans to believe?