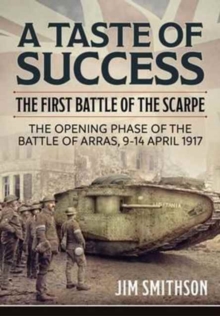 Wedged between the Battles of the Somme and Passchendaele, the Battle of Arras has often been termed 'The Forgotten Battle' with little in the way of supporting literature.

A Taste of Success is aimed at filling that void -giving the reader an insight into a battle that clearly showed the development of the British and Commonwealth Armies over the early years of the First World War, and how far they still had to go to achieve victory.

Why Arras became a focal point and the political background is covered in depth - being controversial and giving the reader an insight into the divide between the military and their political chiefs. A Taste of Success shows us how infantry tactics had improved and how the use of artillery had become a fine art in supporting the men as they attacked; how a preliminary artillery bombardment left the German defenders shattered, but also created the conditions that would hinder any kind of rapid movement once the first lines were broken.

The key role of the Royal Flying Corps, how tanks were used and the vital role of support units such as the Royal Engineers are all examined in detail.

As the story unfolds, it becomes clear that the initial success - based upon excellent planning and training - was followed by a chaotic confusion of command and control.

It soon becomes evident that the development of the British Army in April 1917 had reached a point where in the Battle of Arras, they could stage a successful assault - applying perfect planning, but lacking the forethought to plan and carry out the follow-up phases.

Controversially, although the performance of the soldiers carrying the fight is never questioned, that of many of their commanders is - it being clear that they were not yet ready to win the war.

A great deal of the work is based upon primary material, with both British and German sources being used to deepen the analysis of events and also to challenge myths and previous descriptions of the battle.

A Taste of Success presents a fresh and important reassessment of this important, yet generally ignored, battle as we approach its centenary.

This book contains 16 colour images and maps - in addition to many illustrations, maps and diagrams - throughout the text. 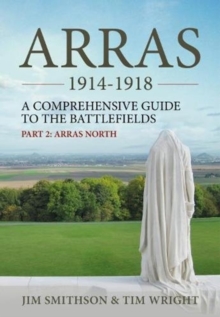 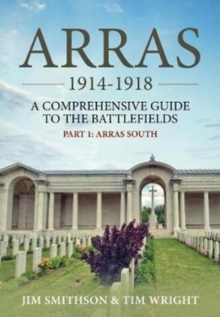