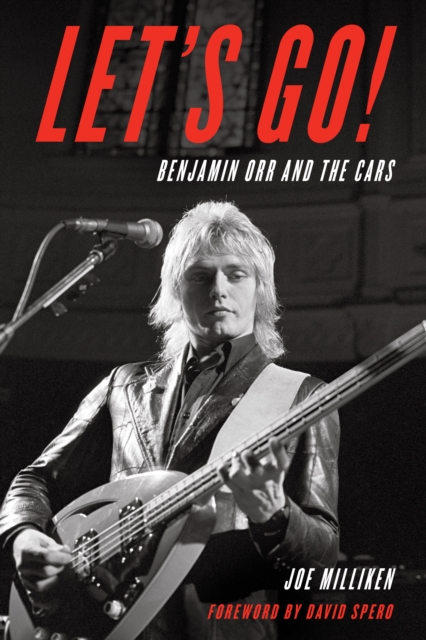 "When Ben got out of the hospital he said, 'When I fall down and can't pick myself up we'll know it's over.

Until then, we rock!'" - Jeff CarlisiBenjamin Orr was the co-founder, co-lead singer, and bassist for the platinum-selling rock band The Cars.

Within a decade of the debut album, though, Orr found himself adrift and without a band.

Veteran music journalist Joe Milliken draws together interviews with over 120 family members, friends, bandmates, and music associates from Orr's life, as well as many unpublished and never-before-seen photos from private collections, to reveal an intimate portrait of one of classic rock's greatest talents.

From Orr's first performances as a house-band musician for the TV show UpBeat through his creation of The Cars with Ric Ocasek to Orr's eventual rebirth with the supergroup Big People, this definitive account of Orr's life is a rollercoaster ride that sheds new light on the history of The Cars. Orr is no longer able to rock with The Cars, but the music he made with them continues to attract new generations of fans.

Coinciding with the band's 2018 induction into the Rock and Roll Hall of Fame, this first-ever biography of Benjamin Orr immortalizes his legacy as a deeply kind-hearted and exceptionally talented musician who would stop at nothing to live his rock and roll dream.