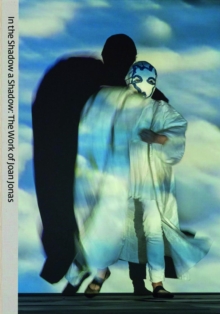 The Work of Joan Jonas : In the Shadow a Shadow Hardback

One of the most continuously influential figures of the past half century, Joan Jonas (*1936) was among the first artists to embrace the forms of video, performance and installation.

The first career-spanning monograph of the multimedia pioneer, it covers more than 40 years of performances, films, videos, installations, texts and video sculptures.

In addition to documentation of the artist's crucial projects, In the Shadow a Shadow includes individual essays by Douglas Crimp, Barbara Clausen and Johanna Burton, a major survey text by Joan Simon, texts by Joan Jonas about several of her seminal works, as well as unpublished photographs and drawings from Jonas' archives.