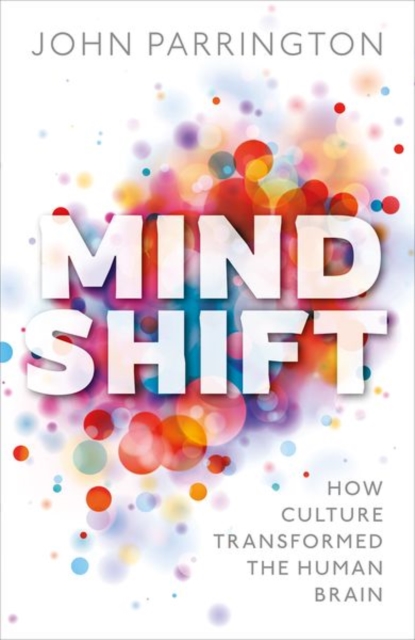 by John (Associate Professor in Molecular and Cellular Pharmacology, University of Oxford) Parrington

John Parrington argues that social interaction and culture have deeply shaped the exceptional nature of human consciousness. The mental capacities of the human mind far outstrip those of other animals.

Our imaginations and creativity have produced art, music, and literature; built bridges and cathedrals; enabled us to probe distant galaxies, and to ponder the meaning of our existence.

When our minds become disordered, they can also take us to the depths of despair.

What makes the human brain unique, and able to generate such a rich mental life?In this book, John Parrington draws on the latest research on the human brain to show how it differs strikingly from those of other animals in its structure and function at a molecular and cellular level. And he argues that this 'shift', enlarging the brain, giving it greater flexibility and enabling higher functions such as imagination, was driven by tool use, but especially by the development of one remarkable tool - language. The complex social interaction brought by language opened up the possibility of shared conceptual worlds, enriched with rhythmic sounds, and images that could be drawn on cave walls.

This transformation enabled modern humans to leap rapidly beyond all other species, and generated an exceptional human consciousness, a sense of self that arises as a product of our brain biology and the social interactions we experience. Our minds, even those of identical twins, are unique because they are the result of this extraordinarily plastic brain, exquisitely shaped and tuned by the social and cultural environment in which we grew up and to which we continue to respond through life.

Linking early work by the Russian psychologist Lev Vygotsky to the findings of modern neuroscience, Parrington explores how language, culture, and society mediate brain function, and what this view of the human mind may bring to ourunderstanding and treatment of mental illness.