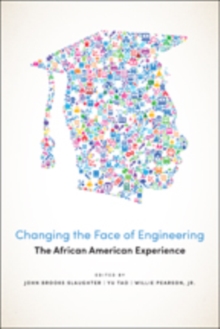 Changing the Face of Engineering : The African American Experience Hardback

For much of America's history, African Americans were discouraged or aggressively prevented from becoming scientists and engineers.

Those who did enter STEM fields found that their inventions and discoveries were often neither recognized nor valued.

Even today, particularly in the field of engineering, the participation of African American men and women is shockingly low, and some evidence indicates that the situation might be getting worse.

In Changing the Face of Engineering, twenty-four eminent scholars address the under representation of African Americans in engineering from a wide variety of disciplinary and professional perspectives while proposing workable classroom solutions and public policy initiatives.

Changing the Face of Engineering argues that the continued under representation of African Americans in engineering impairs the ability of the United States to compete successfully in the global marketplace. This volume will be of interest to STEM scholars and students, as well as policy makers, corporations, and higher education institutions.