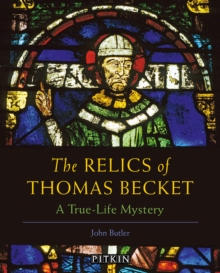 The Relics of Thomas Becket : A True-Life Mystery Paperback / softback

In a ceremony of great solemnity in July 1220, almost fifty years after his murder in December 1170, the relics of Saint Thomas Becket, Canterbury's most famous archbishop, were taken from the tomb in the crypt of Canterbury Cathedral where they had lain for fifty years and placed in a magnificent bejewelled shrine in the cathedral's Trinity Chapel. The shrine, which became the focus of pilgrimage and veneration for generations of travellers to Canterbury, remained in the Trinity Chapel for more than 300 years until its destruction in September 1538 by commissioners acting on the orders of King Henry VIII.

The fabulous jewels and precious metals were carted off to the king's treasury in London, but no authentic record has come to light of the fate of the mortal remains - the holy relics - of Saint Thomas.

There are many stories but few hard facts. This book marks the 800th anniversary of the translation of Thomas Becket's relics in 1220 from the crypt of Canterbury Cathedral to the shrine in the Trinity Chapel.

In it, John Butler carefully sifts the evidence about the fate of Becket's bones when the shrine was destroyed in 1538, and he explores a series of probing questions.

Did the monks of the cathedral attempt to hide the relics before King Henry's commissioners arrived in Canterbury?

Were the bones burnt on the orders of Pope Paul III, as many believe, or did they somehow survive?

What is the significance of the grave discovered in the crypt of the cathedral in 1888?Against a background of church politics and carefully referencing all his sources, John Butler pieces together an intriguing story of faith, science and romanticism that will appeal to all who relish a true-life mystery. 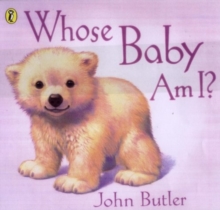 Whose Baby Am I?

Whose Nose and Toes? 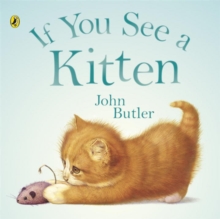 If You See A Kitten 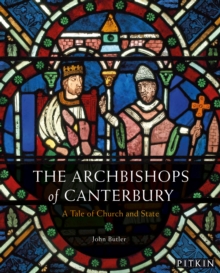 The Archbishops of Canterbury