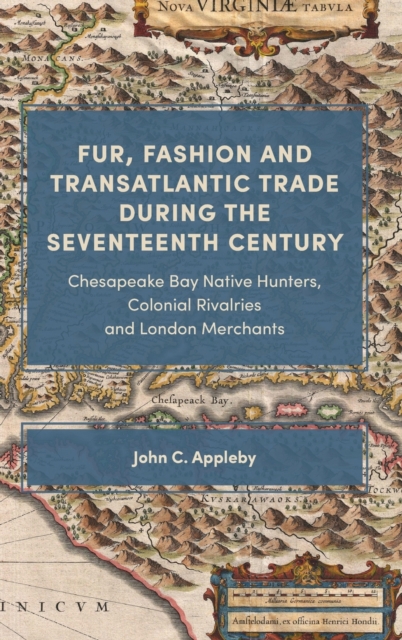 This book explores the development of the fur trade in Chesapeake Bay during the seventeenth century, and the wide-ranging links that were formed in a new and extensive transatlantic chain of supply and consumption.

It considers changing fashion in England, the growing demand for fur, at a time when the Russian fur trade was in decline, examines native North Americans and their trading and other exchanges with colonists, and explores the nature of colonial society, including the commercial ambitions of a varied range of investors.

As such, it outlines the intense rivalry which existed between different colonies and colonial interests.

Although the book argues that fur never supplanted tobacco as the region's principal export, noting that the trade declined as new, more profitable sources of supply were opened up, nevertheless the case of the Chesapeake fur trade provides an excellent example of how different elements in a new transatlantic enterprise fitted together and had a profound impact on each other.