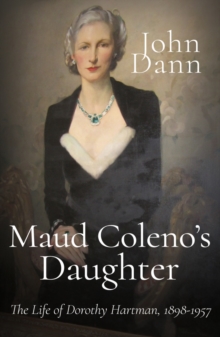 One woman's transformation from ingenue chorus girl to wealthy Mayfair hostess - whilst hiding some dark secrets...

Dorothy Hartman, known to her intimates as 'Dodo', a glamorous society hostess and a successful businesswoman, had a hidden past.

Her 'missing' earlier life had been shrouded in mystery; a deceit she deliberately cultivated.

The love child of a Cockney music hall artiste, born in poverty during the Victorian Fin de Siecle, Dodo emerged as an attractive West End chorus girl, compelled to marry an army officer twice her age during the First World War.

Her aristocratic second husband disinherited her on his death-bed, following a string of affairs.

Dodo's next marriage secured a partnership in Lendrum & Hartman, the most prestigious transatlantic car dealership in London, patronised by royalty - including the Princes of Wales and Wallis Simpson.

Using her theatrical charm Dodo seamlessly moved amongst fashionable society becoming a regular passenger to America during the golden age of sea travel, a renowned Mayfair hostess whose guests were drawn from the theatrical world such as Charlie Chaplin, Frances Day and Valerie Hobson, including business and political circles like Jack Profumo.

She rode with the Beaufort hunt, which included Britain's top wartime spymaster.

Maud Coleno's Daughter contains largely unpublished material about a once well-known, now forgotten Mayfair hostess, who succeeded in a man's world despite disadvantage of birth.

It throws another perspective on little-known aspects of some influential British and American business people involved in the smoke and mirrors world of pre-war political espionage, set against country house balls and high society.

The book will appeal to fans of biographies and 'rags to riches' stories. 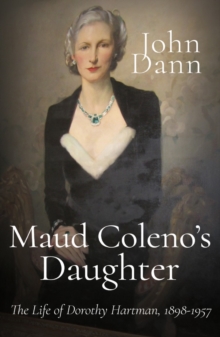