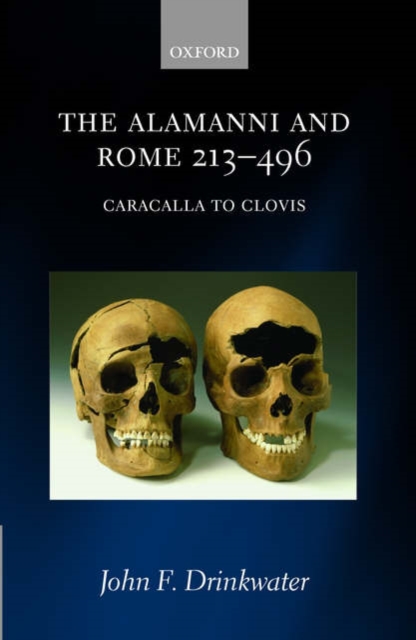 The Alamanni and Rome focuses upon the end of the Roman Empire.

From the third century AD, barbarians attacked and then overran the west.

Some - Goths, Franks, Saxons - are well known, others less so. The latter include the Alamanni, despite the fact that their name is found in the French ('Allemagne') and Spanish ('Alemania') for 'Germany'. This pioneering study, the first in English, uses new historical and archaeological findings to reconstruct theorigins of the Alamanni, their settlements, their politics, and their society, and to establish the nature of their relationship with Rome. John Drinkwater discovers the cause of their modern elusiveness in their high level of dependence on the Empire.

Far from being dangerous invaders, they were often the preyof emperors intent on acquiring military reputations.

When much of the western Empire fell to the Franks, so did the Alamanni, without ever having produced their own 'successor kingdom'.