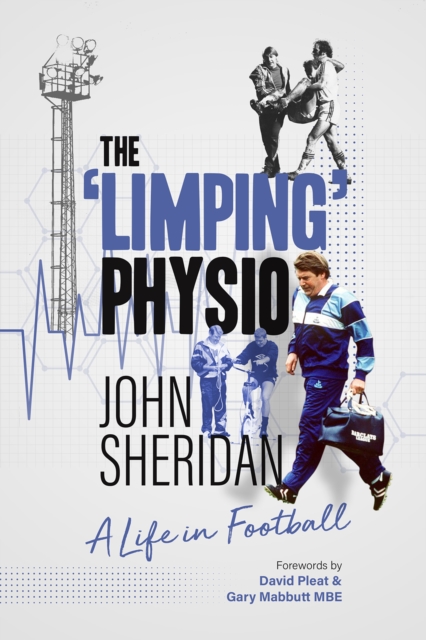 The Limping Physio : A Life in Football Hardback

Ever wondered what goes on behind the scenes at a professional football club?

Veteran physiotherapist John Sheridan has seen just about everything since he entered professional football in 1979 with Luton Town.

There he played a key part in the rise of David Pleat's exciting team, and when Pleat moved to Tottenham in 1986, John moved with him.

David left the following year, but John remained in his role at White Hart Lane under David's successor, the charismatic Terry Venables.

John was reluctantly thrust into the spotlight in 1991 when he nursed Paul Gascoigne back to fitness after a horror tackle in the FA Cup Final left Gazza's career hanging in the balance.

Despite playing an integral part in Gazza's rehabilitation, John has remained silent - until now.

For the first time he describes what really happened during this traumatic period and how it left him fighting for his sanity.

John speaks candidly about his time in football and reveals how he battled anxiety to enter the harsh world of professional football with a disability.