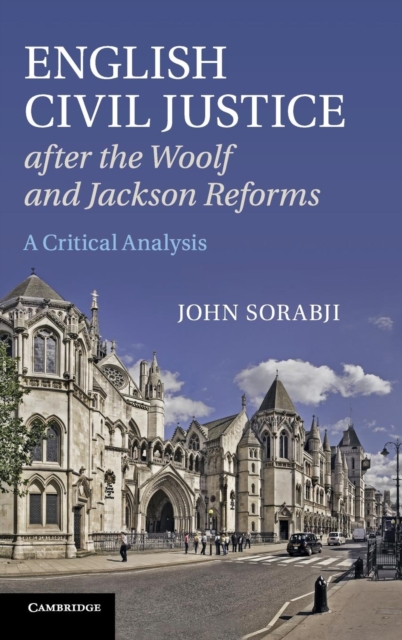 English Civil Justice after the Woolf and Jackson Reforms : A Critical Analysis Hardback

John Sorabji examines the theoretical underpinnings of the Woolf and Jackson reforms to the English and Welsh civil justice system.

He discusses how the Woolf reforms attempted, and failed, to effect a revolutionary change to the theory of justice that informed how the system operated.

It elucidates the nature of those reforms, which through introducing proportionality via an explicit overriding objective into the Civil Procedure Rules, downgraded the court's historic commitment to achieving substantive justice or justice on the merits.

In doing so, Woolf's new theory is compared with one developed by Bentham, while also exploring why a similarly fundamental reform carried out in the 1870s succeeded where Woolf's failed.

It finally proposes an approach that could be taken by the courts following implementation of the Jackson reforms to ensure that they succeed in their aim of reducing litigation cost through properly implementing Woolf's new theory of justice.