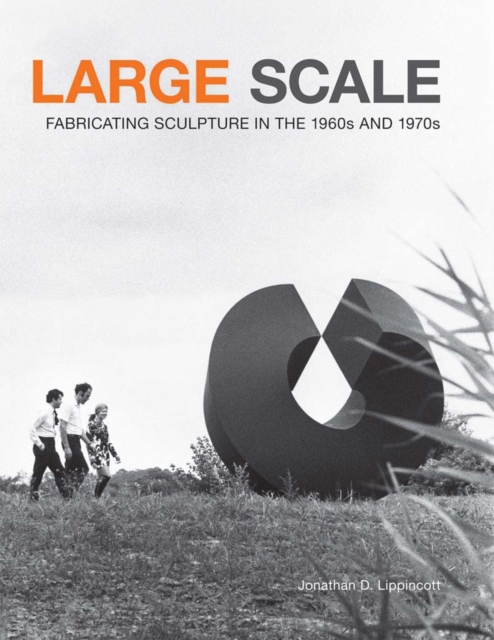 Before the inception of Lippincott Inc. in 1966, if artists wanted to create works larger than their studios or their own metalworking abilities, they had to turn to industrial manufacturers, usually steel fabricators or boat builders, who were unable to accommodate nonlinear, creative process of making art.

Lippincott Inc. was the first company to put the tools of industrial fabrication at the disposal of artists and for nearly a decade and a half the only company of its kind.

Its founders, Donald Lippincott and Roxanne Everett, meticulously and fortuitously documented the working process of the most important American artists of the twentieth century as they created some of the most iconic sculptures of the time and their careers.

Large Scale: Fabricating Sculpture in the 1960s and 1970s includes over 300 previously unseen of photographs that offers unique insights into key artists' works and their working process.

Many of the sculptures are shown at different stages of fabrication; sculptures being installed in public spaces, museums and galleries.

The images, culled from photographs in Lippincott's archives, were taken primarily by Everett, who was vice president at the company from its inception until 1978.

Very few of the photographs have been published before and the collection has not been accessible.

The photographs are presented with narrative captions, providing a visual history of the artists at work.

The author, Don Lippincott's son, was familiar with most of the work as well as the artists, having often visited the shop as a child, and provides a unique look at this body of work.

There will be an introduction by Patterson Sims as well as new information, interviews, and commentary from artists, Lippincott fabricators, curators and collectors.