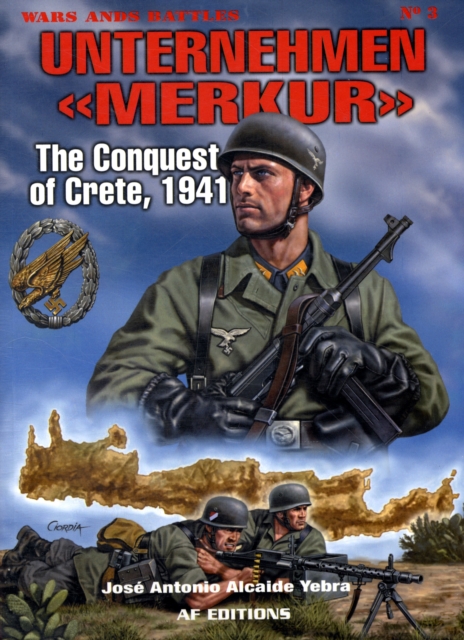 Part of the Wars and Battles series

Operation Mercury, the German airborne assault on the island of Crete in 1941, was unprecedented in three respects; it is considered to be the first airborne operation in history; it was the first time the Allies made significant use of intelligence from the deciphered German Enigma codes; and it was the first time German troops encountered mass resistance from a civilian population. Beginning on 20 May, German forces landed near the island's airports, took over the runways, and with numerous reinforcements landing over the forthcoming days, Crete surrendered within a week.

Yet it was not without cost. German losses were horrific, with casualties over a third of all men employed.

Crete was the first of its kind and many learned from its mistakes as well as its successes, with even Hitler so shocked by the number of men lost that he never again authorised this level of airborne operation. The Conquest of Crete, 1941 describes the eleven days in combat in full detail, including accounts of Cretan civilians - armed with only what they could gather from their houses - overcoming the German troops all over the island.

Supported by colour artworks of the men involved and their machines, along with photographs and battle maps, this is a complete account of one of World War II's most devastating operations.