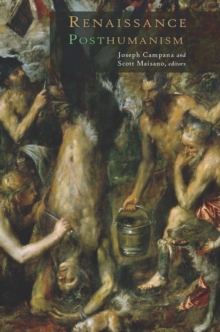 Connecting Renaissance humanism to the variety of "critical posthumanisms" in twenty-first-century literary and cultural theory, Renaissance Posthumanism reconsiders traditional languages of humanism and the human, not by nostalgically enshrining or triumphantly superseding humanisms past but rather by revisiting and interrogating them.

What if today's "critical posthumanisms," even as they distance themselves from the iconic representations of the Renaissance, are in fact moving ever closer to ideas in works from the fourteenth to the seventeenth century?

What if "the human" is at once embedded and embodied in, evolving with, and de-centered amid a weird tangle of animals, environments, and vital materiality?