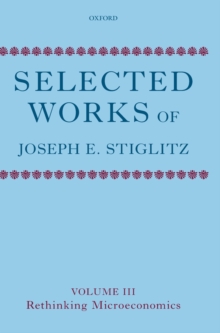 Part of the Selected Works of Joseph E. Stiglitz series

This is the third volume in a new, definitive, six-volume edition of the works of Joseph Stiglitz, one of today's most distinguished and controversial economists.

Stiglitz was awarded the Nobel Prize in Economics in 2001 for his work on asymmetric information and is widely acknowledged as one of the pioneers in the field of modern information economics and more generally for his contributions to microeconomics. Volume III contains a selection of Joseph E. Stiglitz's work on microeconomics. It questions well-established tenets, including many that are so fundamental they are almost taken for granted, covering basic concepts of risk and markets; the management of risk; the theory of the firm; the economics of organization; and theory of human behaviour.

Stiglitz reflects on his work and the field more generally throughout the volume by including substantial original introductions to the Selected Works,the volume as a whole, and each part within the volume.

Also in the Selected Works of Joseph E. Stiglitz series   |  View all 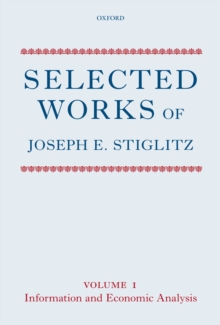 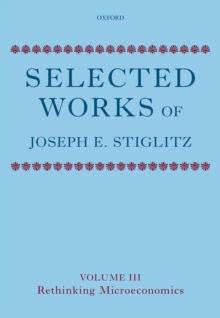 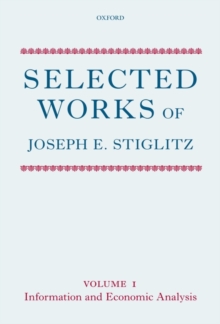 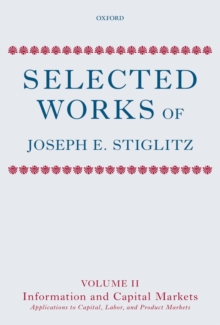