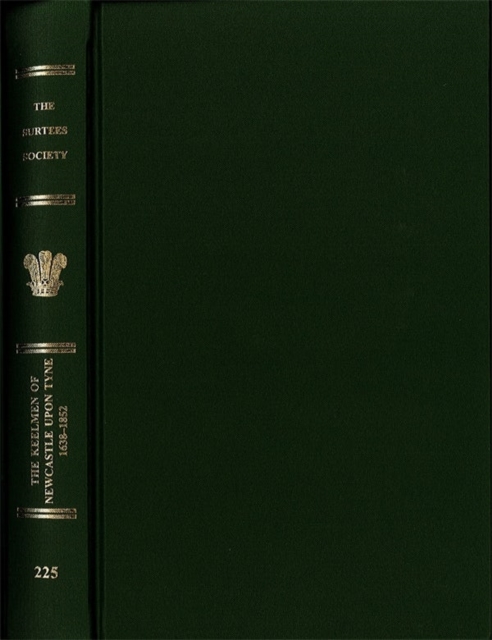 Part of the Publications of the Surtees Society series

"There is in Newcastle upon Tyne of keelmen, watermen, and other labourers, above 1800 able men, the most of them being Scottish men and Borderers which came out of the Tynedale and Reddesdale." Thus begins a report of 1638 lamenting yet another "strike", which opens this volume.

For hundreds of years, the coal of the north-east of England was transported down the River Tyne by keels - shallow-drafted barges, with a large sail, and a single giant oar.

The work of manning such vessels from the point at which coal reached the river, to where the crew of the keel loaded it into sea-going ships bound for the east coast, for London, and further afield, was hazardous, unpleasant, very physically demanding, yet poorly rewarded.

The struggles of the keelmen to improve their lot, retain their livelihoods, and maintain themselves and their families in sickness and old age gained them a reputation as unruly, even dangerous.

Yet they also demonstrated a close working solidarity years before trade unionism was established, as well as providing independent charitable support for themselves. This volume brings together much varied primary source material relating to the keelmen from many local and national archives.

Letters from the city of Newcastle's local authorities to Cabinet Ministers from Robert Harley, through the duke of Newcastle, to Robert Peel, complaining of the keelmen's behaviour, and demanding government support in dealing with them, are a constant theme.

But the keelmen also had their supporters, including the writer Daniel Defoe.

Covering over 200 years of keelmen's activity, the volume covers strikes, riots, prosecutions (of rioting keelmen but also those who proclaimed "Bonnie" Prince Charles king of England in 1750), impressment by the Navy - keelmen were in high demand - and the efforts to establish charitable foundations for the men and their families, concluding with the decay of their "hospital" in 1852.

A full introduction to the volume sets all these documents in the context of their times.

Also in the Publications of the Surtees Society series 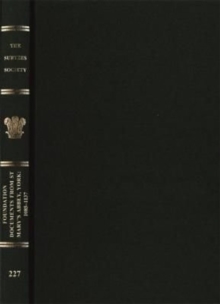 Parliamentary Surveys of the Bishopric of Durham. Volume I