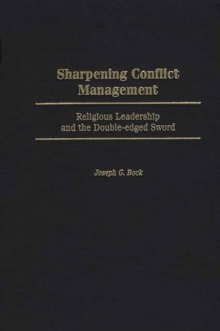 Bock begins with a description of ethnoreligious violence in the world today and then offers a case study about Hindu-Muslim riots in India that illustrates how religion is used to engineer violence by those who gain from it.

The way that religion foments violence as compared to how it can be used to prevent it is analyzed in a chapter on the flash-point asymmetry problem.

While religion in the direction of hatred seems to be sharp like a sword, it is argued that in some respects it is more like a butterknife in the direction of understanding and tolerance. The second part of Dr. Bock's analysis identifies ways in which religious leaders seeking to prevent ethnoreligious violence might be more effective.

He argues that religious leaders must be prepared to respond assertively to ethnoreligious aggression at early stages, not waiting for violence to erupt.

Further, these leaders need to help people discipline their information processing so that they are not influenced by bigoted rumors.

They must also cultivate a sense of belonging among their followers and exercise their authority by speaking out on matters of theology.

He concludes that there are at least seven ways in which religious leaders have similar influence as their violence promoting counterparts.

This is an important resource for scholars, researchers, students, and trainers involved with peace studies, conflict resolution, applied theology, and South Asia and Middle East studies. 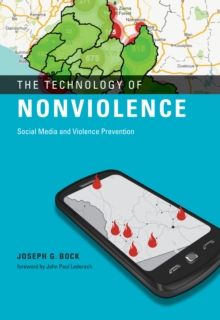 The Technology of Nonviolence - Social... 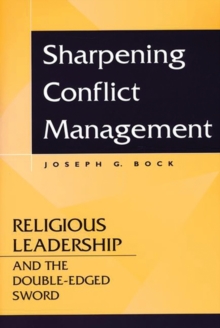