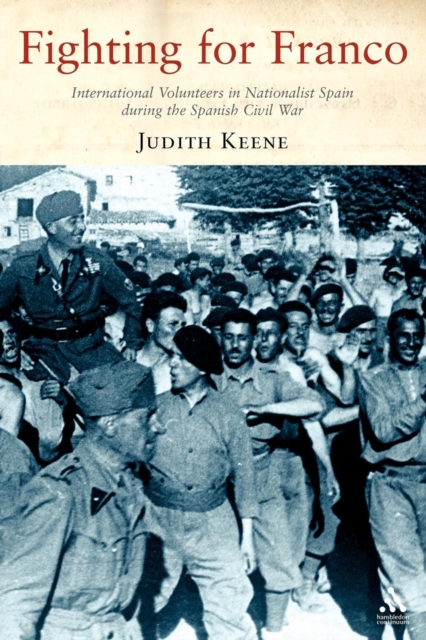 One of the enduring myths of the Franco state was that the Nationalist forces that won the Civil War consisted of patriotic Spaniards while the Republic was defended by a rag tag army of foreign 'reds.' During the Spanish Civil War, however, many groups on the European right were galvanised by the Nationalist cause.

European fascists, conservative Catholics and those uneasy with liberal democracy in general rallied to the figure of Franco, who appeared to be holding the line against secularism, modernism and Bolshevism.

This book recounts the experiences of a number of foreign volunteers, including the brigades of White Russians, Romanians, Irish and the French volunteers in the Jeanne d'Arc battalion, all of whom saw their engagement in Spain as a means of promoting their own political causes at home. There were also individual women and men, from the New World and the Old, who were moved by religion, politics or simply adventurism to join up with Franco.

The book reconstructs their motivation and the mindset which took them to Spain.

It thus casts a new light on Nationalist Spain and on the specific concerns of a wide variety of right-wing movements between the wars.