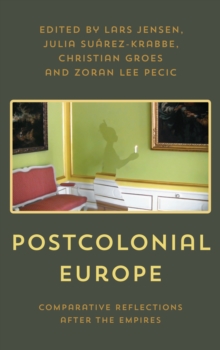 How has European identity been shaped through its colonial empires?

Does this history of imperialism influence the conceptualisation of Europe in the contemporary globalised world?

How has coloniality shaped geopolitical differences within Europe?

What does this mean for the future of Europe?Postcolonial Europe: Comparative Reflections after the Empires brings together scholars from across disciplines to rethink European colonialism in the light of its vanishing empires and the rise of new global power structures.

Taking an interdisciplinary approach to the postcolonial European legacy, the book argues that the commonly used nation-centric approach does not effectively capture the overlap between different colonial and postcolonial experiences across Europe.