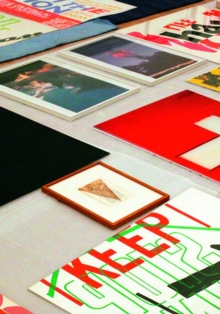 Tell It To My Heart- : Collected by Julie AultVolume 2 Hardback

Julie Ault (*1957) is an artist, curator, writer, and editor, whose work emphasizes and celebrates the complex interrelationships between cultural production and politics.

The collection of artworks Ault has assembled over the last 30 years speaks to her practice as one built on exchange, friendship and a critical notion of mutable histories.

Tell It To My Heart - Collected by Julie Ault accompanies a series of three exhibitions that were staged in Basel, Lisbon and New York.

Volume 2 follows a more reflective and distanced mode than its predecessor, including installation images of the three-part exhibition, and a series of essays from scholars and curators that respond to the overall character and process of Tell It To My Heart.

The publication also includes a comprehensive checklist of artworks exhibited across the three venues, as well as those works included in the film programs accompanying each exhibition.