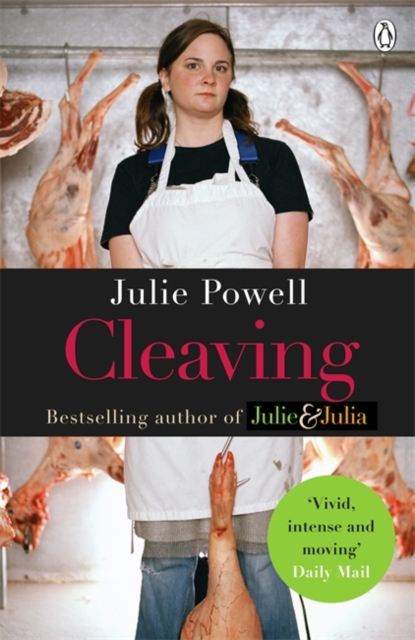 Julie Powell's Julie & Julia is the story of the culinary blogging sensation that inspired the hit film. Julie Powell spent a year cooking her way through Julia Child's impossible Mastering the Art of French Cooking.

Her experiences were recorded in the hilarious bestselling book and film Julie and Julia.

But what she did next took even adventurous Julie by surprise. She trained as a butcher. Apprenticed at Fleisher's, she cut, chopped, hammered, sliced and cleaved her way through herds of meat; got splattered in gore; grew big muscles; and showed she has what it tool to make it as a woman in a man's world.

At the same time she embarked on a passionate, red-blooded affair that threatened her marriage, and, at times, her sanity. 'A remarkable confessional of butchery and adultery' Harper's Bazaar'Highly readable . . . beautiful writing, effortlessly filling pages with virtuoso descriptions of animal slaughter and human travail' Sunday Times'Powell makes you see how butchery might be enjoyable, even cathartic' SpectatorJulie Powell started to entertain readers on her infamous blog, on which she pledged to cook all the recipes from Julia Child's iconic cookbook Mastering the Art of French Cooking.

The blog achieved a dedicated following and, as a result of this, it evolved into Julie & Julia - a novel which connects Julie's blog to a reworking of Julia Child's biography.

Julie & Julia was adapted for film by Nora Ephron in 2009 and starred Meryl Streep and Amy Adams.