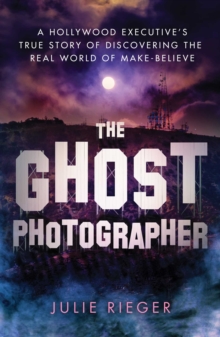 The Ghost Photographer : My Story of Grief and Healing-with Guidance from the Other Side Paperback / softback

Told with uncensored Southern wit and guidance, this inspirational memoir "is a good primer on getting into the psychic realm" (Booklist) and recounts the story of a Hollywood film executive who journeys through the cosmic wilderness and, against all odds, discovers psychic superpowers that radically transformed her life.

As a senior executive at one of the world's largest movie studios, Julie Rieger spent her days marketing the imaginary stories of ghosts, faeries, superheroes, aliens, and more fantastical creatures.

But after the devastating loss of her mother, the world of make-believe became reality when Julie captured her first ghost in a photograph and blew open a door to the Other Side. The Ghost Photographer chronicles Julie's wild ride down the spiritual rabbit hole.

After a series of unexpected, mind-blowing, and sometimes frightening encounters with the spirit realm, Julie was forced to face this strange awakening, flying in the face of scientific dogma and her own die-hard skepticism.

Ultimately, she discovered that what she thought she had lost with the death of her mother-unconditional love-was in fact the greatest superpower one can wield. "A hugely entertaining must-read for anyone who's ever struggled with loss or wondered what might be beyond the veil of our five senses" (Anita Moorjani, author of Dying To Be Me), The Ghost Photographer offers insights into our relationship with the spirit world, prayers and rituals for cleansing and protecting our homes from unwanted ghosts, and guidance on how to develop our intuition and sixth sense. 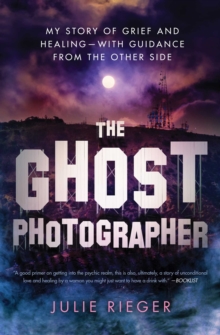