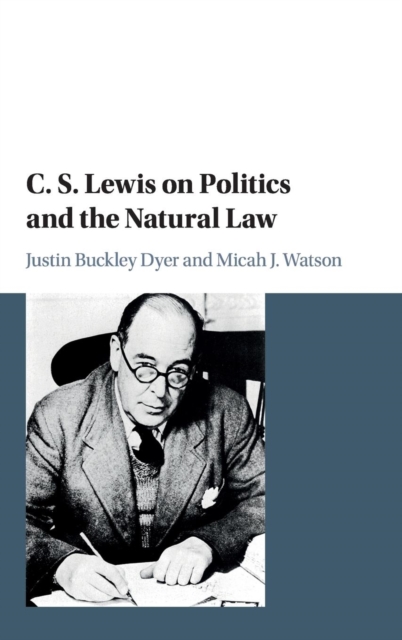 C. S. Lewis on Politics and the Natural Law Hardback

The conventional wisdom is wrong. As Justin Buckley Dyer and Micah J. Watson show in this groundbreaking work, Lewis was deeply interested in the fundamental truths and falsehoods about human nature and how these conceptions manifest themselves in the contested and turbulent public square.

Ranging from the depths of Lewis' philosophical treatments of epistemology and moral pedagogy to practical considerations of morals legislation and responsible citizenship, this book explores the contours of Lewis' multi-faceted Christian engagement with political philosophy generally and the natural-law tradition in particular.

Drawing from the full range of Lewis' corpus and situating his thought in relationship to both ancient and modern seminal thinkers, C.

S. Lewis on Politics and the Natural Law offers an unprecedented look at politics and political thought from the perspective of one of the twentieth century's most influential writers.