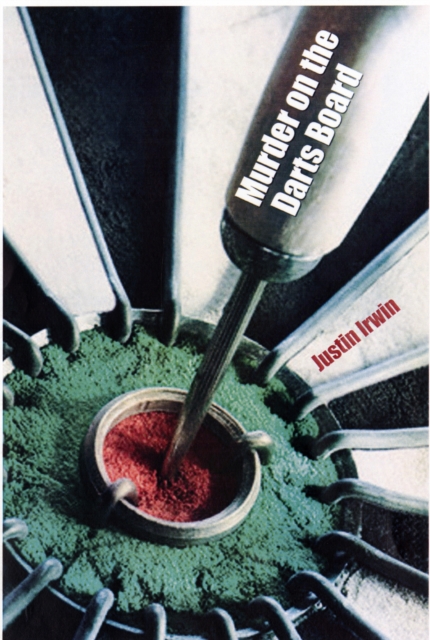 Murder on The Darts Board Paperback / softback

Phil "The Power" Taylor. Eric "The Crafty Cockney" Bristow. Andy "The Viking" Fordham. To this great hall of fame, add another name: Justin Irwin. Or, to give him his darts moniker: Justin "The Bachelor of Darts" Irwin". Justin Irwin used to have another moniker - that of the Director of England at the children's charity, Childline.

However, in December 2004, he suddenly resigned, giving up his well-paid job in order to...... play darts. His aim was simple: to qualify for the World Darts Championship in one year's time in December 2005. As a child, Justin had wanted to become a sportsman.

But as the sportsman got younger, Justin just got older, until he realised that in his mid-thirties he was old enough to be Wayne Rooney's father.

So, professional footballer was out the window. However, he remembered that in 1987 he once hit treble 20 - darts nirvana!

So, why couldn't he do that again, just on a more regular basis?And so began his journey.

From playing with friends, he graduated to pub teams, moving on to Open Tournaments in Essex and Hampshire.

From backroom bars to the glamour of the Novotel in Southampton, he learnt the difference between a "Bull-up" and "Bullseye".

Between a "Double-in" and "Double Trouble". Justin immersed himself completely in the darts community, getting to know the players, the players' wives and entourages, the strange rules and language as well as earning himself the sobriquet of "The Bachelor of Darts" (so christened because he was the only darts player with a Degree......).

Until finally, he found himself playing to qualify for the Darts World Championship in December 2005.