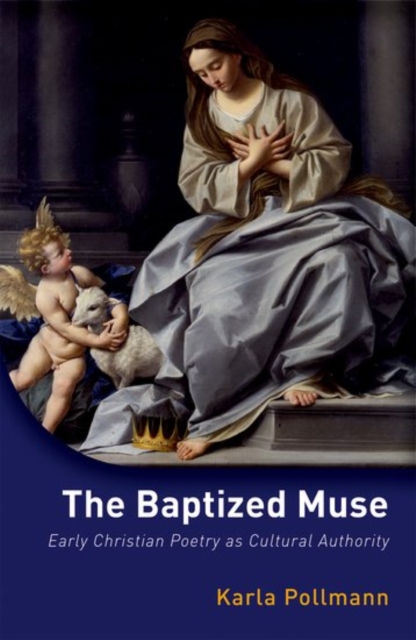 by Karla (Professor of Classics and Head of the School of Humanities, University of Reading) Pollmann

It is free to read at Oxford Scholarship Online and offered as a free PDF download from OUP and selected open access locations. With the rise of Christianity in the Roman Empire increasing numbers of educated people converted to this new belief.

As Christianity did not have its own educational institutions the issue of how to harmonize pagan education and Christian convictions became increasingly pressing.

Especially classical poetry, the staple diet of pagan education, was considered to be morally corrupting (due to its deceitful mythological content) and damaging for the salvation of the soul (because of the falsegods it advocated).

But Christianity recoiled from an unqualified anti-intellectual attitude, while at the same time the experiment of creating an idiosyncratic form of genuinely Christian poetry failed (the sole exception being the poet Commodianus).

In The Baptized Muse: Early Christian Poetry asCultural Authority, Karla Pollmann argues that, instead, Christian poets made creative use of the classical literary tradition, and-in addition to blending it with Judaeo-Christian biblical exegesis-exploited poetry's special ability of enhancing communicative effectiveness and impact through aesthetic means.

Pollman explores these strategies through a close analysis of a wide range of Christian, and for comparison partly also pagan, writers mainly from the fourth to sixth centuries. She reveals that early Christianity was not a hermetically sealed uniform body, but displays a rich spectrum of possibilities in dealing with the past and a willingness to engage with and adapt the surrounding culture(s), thereby developing diverse and changing responses to historical challenges.

Thus, in a wider sense it engages with the recently developed interdisciplinary scholarly interest in aspects of religion as cultural phenomena.