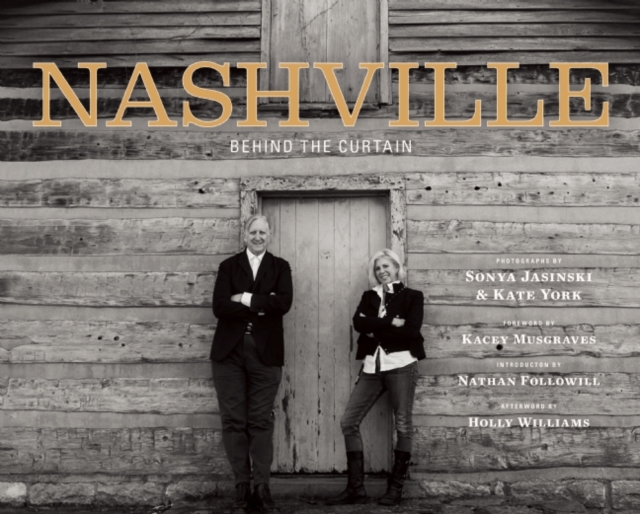 Nashville : Behind the Curtain Hardback

An intimate look at the Nashville music and entertainment scene featuring photography of such artists as Emmylou Harris, John Prine, Kacey Musgraves, Holly Williams, Chip Esten, Ashley Monroe, Guy Clark, and many more, with personal stories about Nashville from the artists themselves.

Photographer Sonya Jasinski and Emmy-nominated singer/songwriter and photographer Kate York have been participating in and documenting the contemporary Nashville scene for more than a decade, capturing intimate behind-the-scenes moments of the city's most celebrated musicians, songwriters, producers, and performing artists.

From candid photographs taken in the homes of Kacey Musgraves and Emmylou Harris and backstage moments with Luncinda Williams and Holly Williams to performance and studio images of some of Nashville's brightest stars, Nashville: Behind the Curtain offers a one-of-a-kind glimpse into the lives of those who call this creative mecca home.