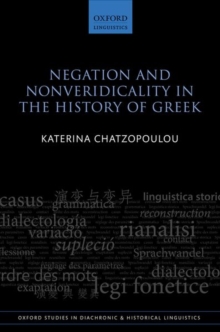 Negation and Nonveridicality in the History of Greek Hardback

Part of the Oxford Studies in Diachronic and Historical Linguistics series

This book provides a thorough investigation of the expression of sentential negation in the history of Greek.

It draws on both quantitative data from texts dating from three major stages of vernacular Greek (Attic Greek, Koine, and Late Medieval Greek), and qualitative data from all stages of the language, from Homeric Greek to Standard Modern Greek.

Katerina Chatzopoulou accounts for the contrast between the two complementary negators found in Greek, referred to asa NEG1 and NEG2, in terms of the latter's sensitivity to nonveridicality, and explains the asymmetry observed in the diachronic development of the Greek negator system.

The volume also sets out a new interpretation of Jespersen's cycle, which abstracts away from the morphosyntactic and phonologicalproperties of the phenomenon and proposes instead that it is best understood in semantic terms.

This approach not only explains the patterns observed in Greek, but also those found in other languages that deviate from the traditional description of Jespersen's cycle. 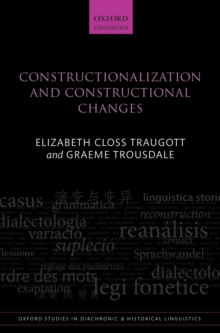 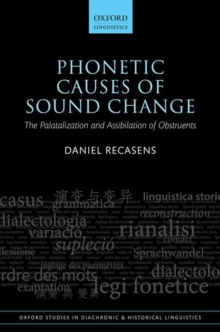 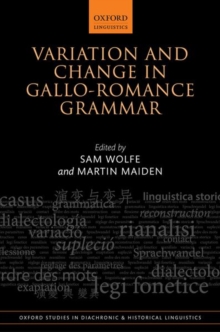 Variation and Change in Gallo-Romance... 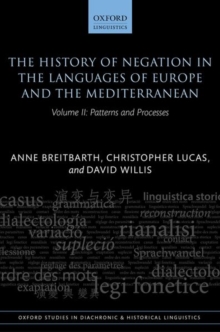 The History of Negation in the...