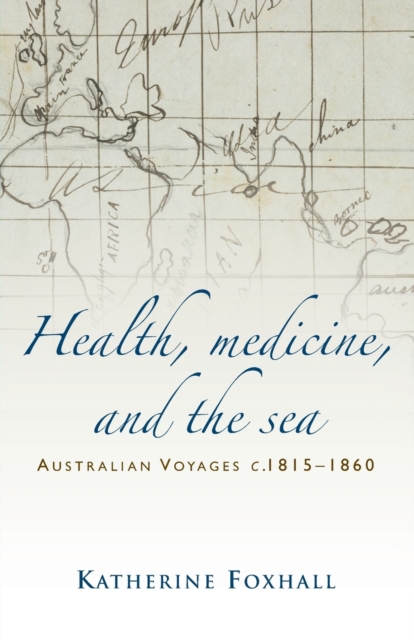 During the nineteenth century, over 1.5 million migrants set sail from the British Isles to begin new lives in the Australian colonies.

Health, medicine and the sea follows these people on a fascinating journey around half the globe to give a rich account of the creation of lay and professional medical knowledge in an ever-changing maritime environment. From consumptive convicts who pleaded that going to sea was their only chance of recovery, to sailors who performed macabre 'medical' rituals during equatorial ceremonies off the African coast, to surgeons' formal experiments with scurvy in the southern hemisphere oceans, to furious letters from quarantined emigrants just a few miles from Sydney, this wide-ranging and evocative study brings the experience and meaning of voyaging to life. Katherine Foxhall makes an important contribution to the history of medicine, imperialism and migration which will appeal to students and researchers alike. -- .