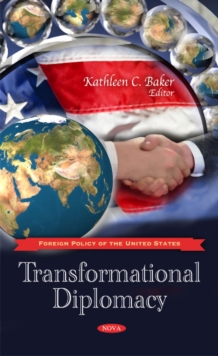 Many foreign affairs experts believe that the international system is undergoing a momentous transition affecting its very nature.

At the same time, concerns are being raised about the need for major reform of the institutions and tools of American diplomacy to meet the coming challenges.

At issue is how the United States adjusts its diplomacy to address foreign policy demands in the 21st Century.

This book provides an overview of Secretary of State Rice's transformational diplomacy plan and examines the calls for reform of America's current diplomatic institutions.