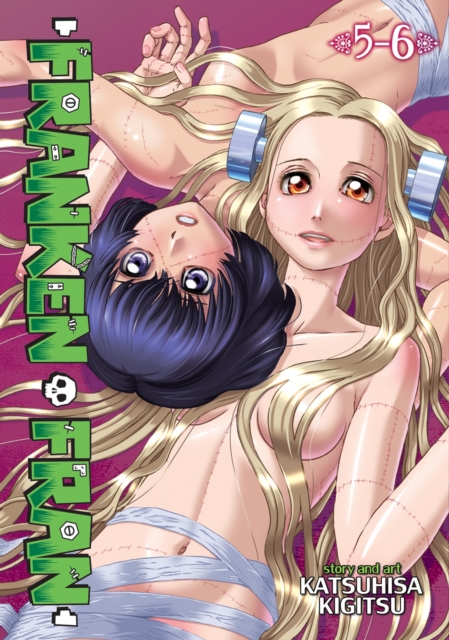 The delightfully creepy tale of a beautiful patchwork doctor and her even stranger patients has become a cult classic among English speaking manga fans.

Seven Seas is pleased to present this series for the first time in print in North America in four omnibus editions.

Each omnibus contains two volumes worth of content, and includes colour inserts.

Somewhere, out in the sticks of rural Japan, there is a mysterious manor that is home to the greatest surgeon who ever lived.

Actually, the surgeon hasn't been seen for years, but Fran, his reanimated daughter, takes up the family profession in his stead.

Starting with the bolts that protrude from her head, Fran isn't exactly what you would call a normal girl, nor is the cast of horribly disfigured creatures who join her.

Despite her Frankenstein like ways, Fran cares deeply for her patients and holds steadfastly to the Hippocratic Oath.

Her creed is: "All lives must be saved, no matter the cost," For Franken Fran, the ends always justify the means, no matter what ungodly creations emerge from her lab. Join Fran, her twisted sister Veronica, and the rest of her monstrous entourage in a gruesomely hilarious tale that would put Mary Shelley to shame!