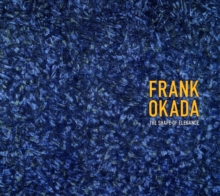 Artist Frank Okada played a significant role in the modern art history of the Pacific Northwest.

Born a Nisei in 1931, he was raised in Seattle's International District and throughout his life retained its influences and his vivid memories in his art.

From his first painting award -- received at the Washington State fair -- until his death in 2000, he worked at the confluence of regional art, Asian culture, and national art movements. At the beginning of his career, Okada received a series of prominent fellowships -- John Hay Whitney in 1957, Fulbright in 1959, and Guggenheim in 1966-67.

He was greatly influenced by the artists he met and was a close observer of the art scenes in New York, Paris, and Kyoto in an effort to find his own style of painting.

He began teaching painting at the University of Oregon in 1969, a tenure that lasted almost thirty years.

His work from the seventies, eighties, and nineties balanced forms and colors in intensely worked surfaces.

The color blocks gradually became more intellectually structured and his compositions more expressive as he made his colors more powerful.

As Nakane notes, "without recognizable reference to nature or his own personality, he created a texture that brought light to a field of color. . . . In order to appreciate his paintings, one needs to spend time observing how the colors respond to the changes of light throughout the day."