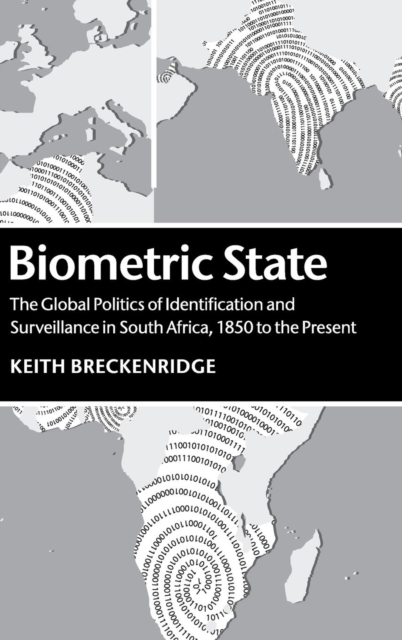 Biometric State : The Global Politics of Identification and Surveillance in South Africa, 1850 to the Present Hardback

by Keith (University of the Witwatersrand, Johannesburg) Breckenridge

Biometric identification and registration systems are being proposed by governments and businesses across the world.

Surprisingly they are under most rapid, and systematic, development in countries in Africa and Asia.

In this groundbreaking book, Keith Breckenridge traces how the origins of the systems being developed in places like India, Mexico, Nigeria and Ghana can be found in a century-long history of biometric government in South Africa, with the South African experience of centralized fingerprint identification unparalleled in its chronological depth and demographic scope.

He shows how empire, and particularly the triangular relationship between India, the Witwatersrand and Britain, established the special South African obsession with biometric government, and shaped the international politics that developed around it for the length of the twentieth century.

He also examines the political effects of biometric registration systems, revealing their consequences for the basic workings of the institutions of democracy and authoritarianism.