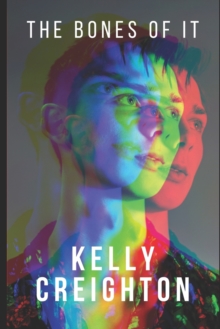 The Bones of it Paperback / softback

Thrown out of university, green-tea-drinking, meditation-loving Scott McAuley has no place to go but home: County Down, Northern Ireland.

The only problem is, his father is there now too. Duke wasn't around when Scott was growing up. He was in prison for stabbing two Catholic kids in an alley.

But thanks to the Good Friday Agreement, big Duke is out now, reformed, a counselor. Squeezed together into a small house, with too little work and too much time to think about what happened to Scott's dead mother, the tension grows between these two men, who seem to have so little in common. Penning diary entries from prison, Scott recalls what happened that year.

He writes about Jasmine, his girlfriend at university.

He writes about Klaudia, back home in County Down, who he and Duke both admired.

He weaves a tale of lies, rage and paranoia.