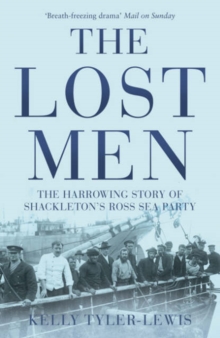 In 1914, Sir Ernest Shackleton set forth to make history with the first-ever crossing of the Antarctic continent.

He sailed into the Weddell Sea aboard the Endurance, while a ship called the Aurora sailed into the Ross Sea to create a lifeline of vital food and fuel depots to supply the epic crossing.

Yet all went tragically wrong when the Aurora broke free of her moorings in an Antarctic gale and stranded ten men ashore.

Left with little more than the clothing on their backs and scavenged equipment, the men vowed to carry on in the face of impossible odds.

Meanwhile the rest of the Aurora crew, cast adrift at the mercy of the elements, battled for survival.

The lost men struggled to save themselves and carry out their mission with little hope of rescue.