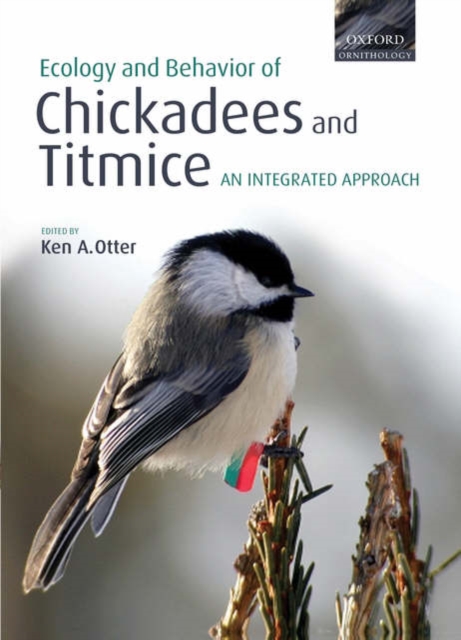 Ecology and Behavior of Chickadees and Titmice : an integrated approach Hardback

Chickadees and titmice are among the most popular birds in North America, due in large part to their readiness to use bird feeders, to nest in urban gardens, and even to be trained to take food from people's hands. These attributes have also made them (and their Eurasian tit counterparts) perhaps the most intensively studied bird family in the world. Long-term research in Europe has yielded some of the most comprehensive data on the impact of global warming on thebreeding ecology of birds. Chickadees have amongst the best-studied and most complex vocal behaviour of any bird species, displaying one of the closest analogies to human sentence structure in the animal kingdom in their familiar chick-a-dee call. The social dominance hierarchies commonly witnessedin the form of squabbling at winter feeders are some of most stable and closely studied, and have huge impacts on controlling the lives of these small birds.

Their food-storing behavior, and the brain and physiological mechanisms controlling this, has contributed significantly to our wider understanding of spatial orientation. In recent years, these birds have also been used as model species for investigating topics as diverse as inter-species hybridization, the impacts of forest fragmentationand complex systems of communication. In short, chickadees and titmice have contributed enormously to our understanding of a myriad of topics in ecology, behavior and psychology.

This book brings together a range of experts from across North America who utilise chickadees or titmice as study organisms. Each chapter reviews the latest advances in evolution and behavioral research that have been accomplished through the study of North American Parids, and compares and contrasts this literature with research on their Eurasian counterparts as well as other avian families. This research level text is aimed at professional avian biologists and ornithologists as well as graduate students of avian behavioral ecology and evolution.

It will also appeal to a more general audience of behavioural ecologists, neuroethologists and experimental psychologists.