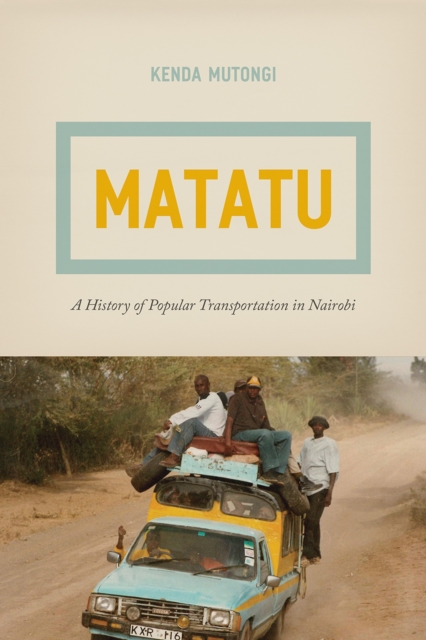 Matatu : A History of Popular Transportation in Nairobi Paperback / softback

Drive the streets of Nairobi and you are sure to see many matatus colorful minibuses that transport huge numbers of people around the city.

Once ramshackle affairs held together with duct tape and wire, matatus today are name-brand vehicles maxed out with aftermarket detailing.

They can be stately black or come in extravagant colors, sporting names, slogans, or entire tableaus, with airbrushed portraits of everyone from Kanye West to Barack Obama, of athletes, movie stars, or the most famous face of all: Jesus Christ.

In this richly interdisciplinary book, Kenda Mutongi explores the history of the matatu from the 1960s to the present.

As Mutongi shows, matatus offer a window onto many socioeconomic and political facets of late-twentieth-century Africa.

In their diversity of idiosyncratic designs they express multiple and divergent aspects of Kenyan life including rapid urbanization, organized crime, entrepreneurship, social insecurity, the transition to democracy, chaos and congestion, popular culture, and many others at once embodying both Kenya's staggering social problems and the bright promises of its future. Offering a shining model of interdisciplinary analysis, Mutongi mixes historical, ethnographic, literary, linguistic, and economic approaches to tell the story of the matatu as a powerful expression of the entrepreneurial aesthetics of the postcolonial world.