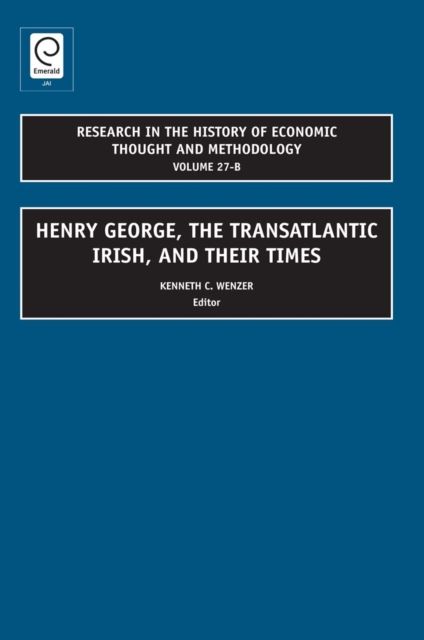 Henry George, The Transatlantic Irish, and their Times Hardback

Part of the Research in the History of Economic Thought and Methodology - Vol.27 series

The American political economist Henry George devoted his life to the single tax.

His fame and fall were due to a temporary alliance with the American Irish Catholics who were agitating for the land war in Ireland and social change in their new homeland.

So significant was this tidal wave of support that it swamped the American consciousness in the late 1870s and early 1880s including prelates of the Roman Catholic Church, some of whom were conservatively inclined.

George astutely navigated the waters by working with the radical editor of "The Irish World", Patrick Ford.

But then George made a politically awkward friendship with Father Edward McGlynn, an ardent supporter of modernism and the single tax, who was a constant irritant to the church hierarchy and subsequently excommunicated.

The issues that McGlynn raised rocked the American Catholic Church and the Vatican itself.

The counter-campaign waged by the church and devout Irish Catholics blocked McGlynn and put an end to George's fleeting success.