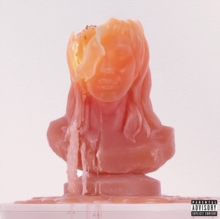 Following the monumental success of Kesha's Grammy-nominated album 'Rainbow', the release of 'High Road' finds an artist on a joyful musical journey of self-discovery. For the album Kesha enlisted an eclectic roster of collaborators, songwriters and producers, including John Hill, Dan Reynolds, Stuart Crichton, Jeff Bhasker, Drew Pearson, Brian Wilson, Sturgill Simpson, Nate Ruess, Justin Tranter, Stint, Wrabel, and Pebe Sebert, among others. The emotional and stylistic range found on the album is a blend of heavenly highs and emotional depths. Kesha's swagger is front and centre, paired with brilliant kiss-off one-liners, dancefloor grooves, and reminders to pay the haters no mind. Frisky, rap-based tracks show-off her skills as a lyrical spitfire, while elsewhere on the album a folkier side emerges. With a dream-pop ode to a best friendship, a reflective ballad about growing up without a father, and plenty of lust and laughter, 'High Road' traverses the emotional spectrum.