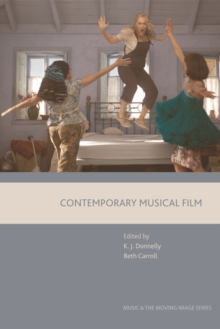 In recent years there has been a remarkable resurgence in the success of film musicals.

Since the turn of the millennium, films such as Chicago (2002) and Phantom of the Opera (2004) have restated the close connections between the stage and screen.

This edited collection will look at the breadth and diversity of recent film musicals, including adaptations from the stage such as Mamma Mia! (2008), Tim Burton's Sweeny Todd: The Demon Barber of Fleet Street (2007) and Rock of Ages (2012).

This collection will also look at films that owe less of a direct debt to stage musicals, such as Julie Taymor's Across the Universe (2007) and Lars von Trier's Dancer in the Dark (2000).