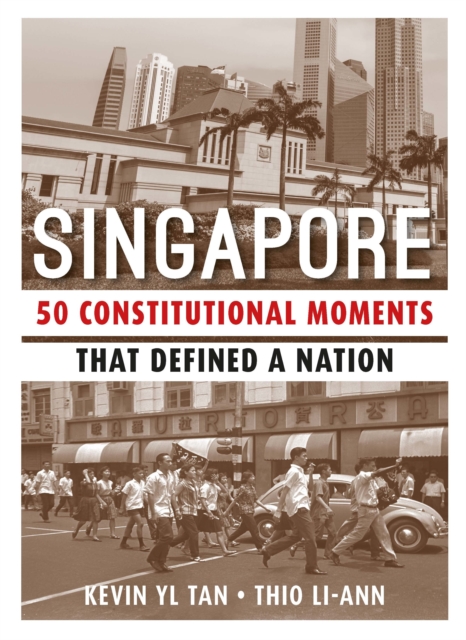 Singaporeinherited a Westminster-style constitution from the British who ruled theisland for 140 years.

Since Singapore's independence in 1965, this constitutionhas been amended and augmented many times wherein unique institutions - such asthe Elected Presidency and Group Representation Constitutions - were created.All these changes occurred against the backdrop of Singapore's specialgeographical local, multi-ethnic population and vulnerability to externalities.

The authors have selected each of these'moments' on the basis of their impact in the forging of the modernconstitutional order.

Starting in 1965, the book begins chronologically, fromthe 'moment' of Singapore's expulsion from the Federation of Malaysia throughthe establishment of the Wee Chong Jin Constitutional Commission (1966) to theentrenchment of the sovereignty clause in the Constitution (1972) right throughto the 2000s, with the Presidential Elections of 2011. Inthese easy-to-read essays, the reader is introduced to what the authorsconsider to be the most important episodes that have shaped the Singapore Constitution.These articles cover key events like President Ong Teng Cheong's 1999 PressConference and the 2001 Tudungcontroversy; constitutional amendments like the Maintenance of ReligiousHarmony Act (1990) and the introduction of Nominated Members of Parliament(1990); and seminal cases like Chng SuanTze v Minister for Home Affairs (1989) and Yong Vui Kong v PP (2010 & 2015)) that have contributed to thesculpting of Singapore's constitutional landscape.