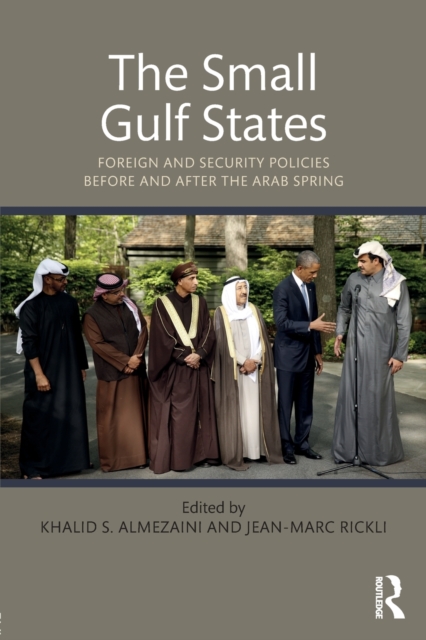 The Small Gulf States : Foreign and Security Policies before and after the Arab Spring Paperback / softback

Small states are often believed to have been resigned to the margins of international politics.

However, the recent increase in the number of small states has increased their influence and forced the international community to incorporate some of them into the global governance system.

This is particularly evident in the Middle East where small Gulf states have played an important role in the changing dynamics of the region in the last decade.

The Small Gulf States analyses the evolution of these states' foreign and security policies since the Arab Spring.

With particular focus on Oman, Qatar and the United Arab Emirates, it explores how these states have been successful in not only guaranteeing their survival, but also in increasing their influence in the region.

It then discusses the security dilemmas small states face, and suggests a multitude of foreign and security policy options, ranging from autonomy to influence, in order to deal with this.

The book also looks at the influence of regional and international actors on the policies of these countries.

It concludes with a discussion of the peculiarities and contributions of the Gulf states for the study of small states' foreign and security policies in general.

Providing a comprehensive and up-to-date analysis of the unique foreign and security policies of the states of the Gulf Cooperation Council (GCC) before and after the Arab Spring, this book will be a valuable resource for students and scholars of Middle East studies, foreign policy and international relations.