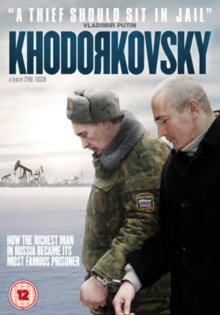 The film looks into the case of Mikhail Khodorkovsky, multi-billionaire head of the oil giant Yukos, who was arrested in 2003 on charges of tax evasion and embezzlement and again in 2010 on fraud charges.

The case became a battle of the titans as Khodorkovsky, who supports opposition media in Russia, pitted himself against the all-powerful president Vladimir Putin.