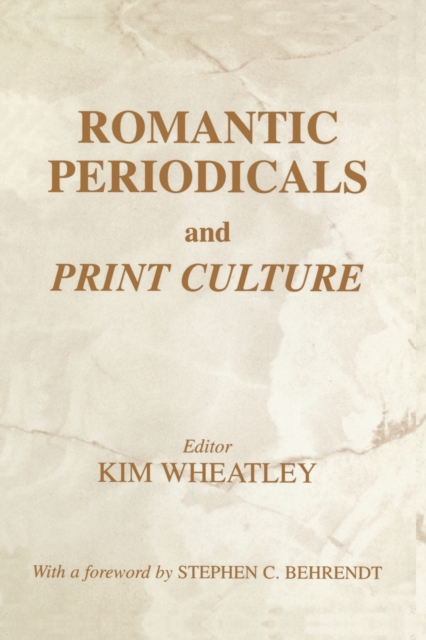 Building on a revival of scholarly interest in the cultural effects of early 19th-century periodicals, the essays in this collection treat periodical writing as intrinsically worthy of attention not a mere backdrop to the emergence of British Romanticism but a site in which Romantic ideals were challenged, modified, and developed. Contributors to the volume discuss a range of different periodicals, from the elite Quarterly and Edinburgh Reviews, through William Cobbett's populist weekly newspaper Two-Penny Trash, to the miscellaneous monthly magazines typified by Blackwood's.

While some contributors to the volume approach the phenomenon of Romanticism within periodical culture from a more materialist standpoint than others, several elaborate upon recent intersections between Romantic studies and gender studies.