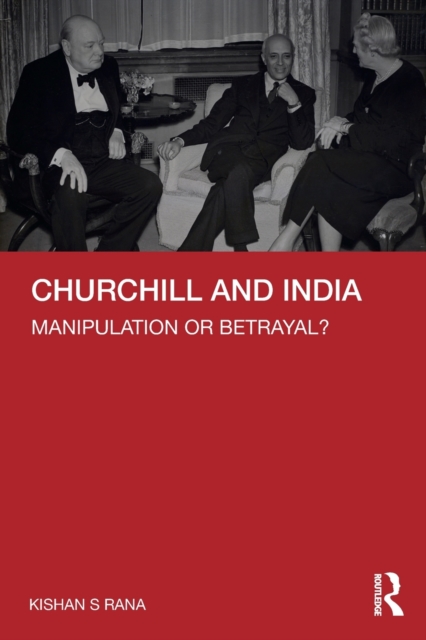 Churchill and India. It is a story where much is known but much remains concealed.

A brilliant orator and a powerful leader, Winston Churchill stood against the tide of history.

But how does postcolonial history view him? This book studies the extraordinary connection he had with India.

Beginning with the early years of his career in India when he spent 22 months between 1896 and 1899 as a subaltern with the 4th Hussars, it traces his rise as a politician, his years as the Prime Minister of Great Britain during the Second World War, his profound distrust of the Indian Independence Movement, and his machinations in preserving the British Empire's rule over India.

Churchill's failure to understand India and decolonization, and manipulation of events on the subcontinent add a different dimension to the man.

His pervasive yet hidden shadow over the Indian subcontinent and his often-veiled role in the actions that led to Partition in 1947 are at the center of this study. Rich in archival sources, this book provides a fresh and holistic perspective on the final phase of the British Empire.

It will be an indispensable resource to students and researchers of colonial history, imperialism, modern history, international history, Partition of India, and South Asian studies.

It will also appeal to general readers interested in the history of Britain's endgame in India.