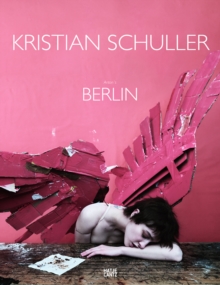 A city lives through the people who reside in it, work there, and party there.

The well-known photographer Kristian Schuller and his wife Peggy have lived in Paris and New York for the past decade.

In Berlin he went off on an expedition to capture life in this city.

Schuller is on the lookout for the characters who inhabit Berlin's nightlife-a night-life that stands for Berlin worldwide, one influenced by artists, actors, musicians, and all of the city's wonderful eccentrics.

The result is an album of portraits that draws its own map of the pulsating capital.

Whether in modest black-and-white or exploding color, each portrait has its own individual expression, personal touch, and peculiarities.

Schuller's very own picture of Berlin is created from one photo to the next.

It is multifaceted and glittering-a Berlin that reinvents itself every night.

As always, the artistic concept and photographs were created through Kristian and Peggy Schuller's close collaboration.